Brexit, Boris and The Media

A little quiet may soon inhabit what
once was a very noisy place, possibly…

Tonje Iversen stood outside the House of Parliament for much of 2019.
Here she reflects on what she saw and what she thinks may now happen
in the changed world of a hefty Johnson majority.

The year of 2019 was noisy. It was a year where everything was defined as being or
becoming broken. Politics; democracy; the Union; the relationship with Europe.
People were parading their anxiety; constantly addressing their worries for the
future and their longing for the past; how things were before the referendum; or
how things were before Britain became a part of the EU.
The present seemed to be lost in dreams about the past or predictions about the
future, and so the present was dominated by anger, anxiety and fear – or, at least,
for most of the time.

I have spent many hours outside parliament on College Green, in the cold, in the
heat, in the rain and in the wind. Behind me, the perfect backdrop, The Houses
of Parliament, where all the important decisions are made, or at least where MPs
were trying to make them.
Watching the drama unfolding from this little spot on the Green, were
broadcasters from around the world, setting up their tents and finding their live
spots. Journalists glued to their phones; photographers making sure everything was
working until the moment was there; the moment when you are going to tell the
audience exactly what is going on in there, in the building behind you.
Explain it in a simple, clear, understandable and interesting way, so no one
misses out on all the twists and turns, or the unknown juridical waters, or the
complexities of the process.
But this little grassy spot in the heart of Westminster was not only reserved for
the media; activists spent a lot of time here too. Eager to tell those who wanted to
listen, about their fears, their worries and how they felt about politicians and the
Brexit process. Many of them convinced that Brexit was a terrible idea that must never be allowed to happen; many others convinced that politicians were about
to ignore the will of the people and treat them with contempt. These passionate
people often found themselves in a heated debate with others, just as committed as
them. Often conversations turned into shouting, and sometimes the words became
abusive.

The atmosphere around this little place was febrile. A circle of flags, posters and
disruptive noise. This was the place where you really could look at frustration
unfolding, not just between protesters outside the fence, or politicians giving
interviews on the inside, but also where contempt for the press came up close.
Many insults and disruptive shouts were directed at broadcasters, many carrying
accusations of biased news and suspicions of a hidden agenda. Some wanted to
sabotage and disturb, others to be heard, loud and clear.
After more than three years of tumult, it is not surprising that the word Brexit
has been loaded with tension. It has been a vessel of anger and frustration as the
debate has mostly been focused on blame, guilt and shame. Who is responsible
for the mess? Who is to blame for Brexit being delayed and deferred? Who should
be ashamed because it is happening at all? In order to be right you need to make
someone else wrong.
In 2020 College Green could be a quieter place.
There is a sense of relief that Brexit now is certain to happen, that there is a
majority government in Westminster, that the stalemate is gone. The relief is of
course mostly felt by those who voted to leave, and feared Brexit would never
happen, but there is also relief among Remainers. If something is certain, if you
can’t prevent it, then there is no need to resist it anymore.
Things are slowly taking shape.
The timeline after the referendum has been a bit like finding yourself in a dark
room unable to find the light switch. Slowly your eyes are getting used to the dark
and you can see the shape of things, but the switch is still to be found. The impact
of Brexit is far from clear.
But at least one question is silenced. It is the end of the ‘never ending’ debate of
last year, centred around whether Brexit would happen or not.

The hope of it being sorted

As so many voters said in December, they can only hope that Brexit will get sorted,
that things will calm down. They believe that Boris Johnson might be the prime
minster who can swiftly close the chapter of Brexit, heal the division in Britain and
turn on the light so one can see what the future holds and plan for it.
But we are still fumbling around in the dark. Not much is clear and many
questions are still to be raised and to be answered. The protesters outside College
Green might be gone, for now. There won’t be a new referendum. But the noise in the media is still there. A devious cocktail made of worries, fears, prejudices and
absolutes.
Brexit has somehow been fueled them. An absolute belief in it as a necessity or as
an absolute evil. People on both side of the argument seem to be very certain about
what Brexit entails and what it will mean for the future of Britain.
One of the last times I walked out of College Green, I was met by a happy man
with a big smile waving at me shouting ‘smile, smile’ while handing me a leaflet.
Printed on it were the predictions of the end of the world in the near future, not
because of Brexit, but because of a religious belief.
Whether Brexit will prove to be a new golden age, or if it’s downhill from this
coming December, no one really knows. We can only believe, hope or guess.
Maybe both scenarios will prove to be an exaggeration.
Regardless, any relief may be short lived as Britain is about to embark on
demanding trade negotiations with the EU. Maybe we all just need to be
comfortable with not knowing for a while. That is if we, at least, want our minds
to be a quiet place.

Note on the contributor
Tonje Iversen is a journalist from Norway based in London. She mainly contributes to
TV2, Norway’s biggest commercial broadcaster, providing live analysis pieces, comments
and reports on current affairs, politics and society in the United Kingdom. She has a
Master’s degree in political journalism from City, University of London and a Bachelor’s
degree in broadcast journalism from Gimlekollen in Kristiansand. 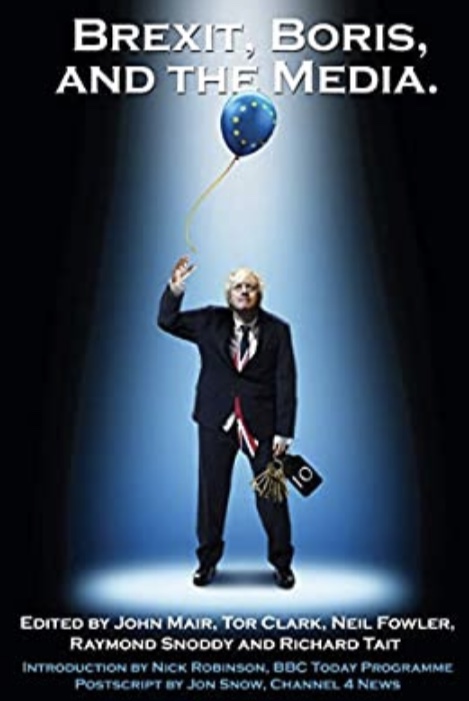